Oops, your web browser is not supported

The Krigel Mesh Diamonds website is compatible with a wide range of browsers. If you'd like to use many of our latest and greatest features, please upgrade to a modern fully
supported browser. 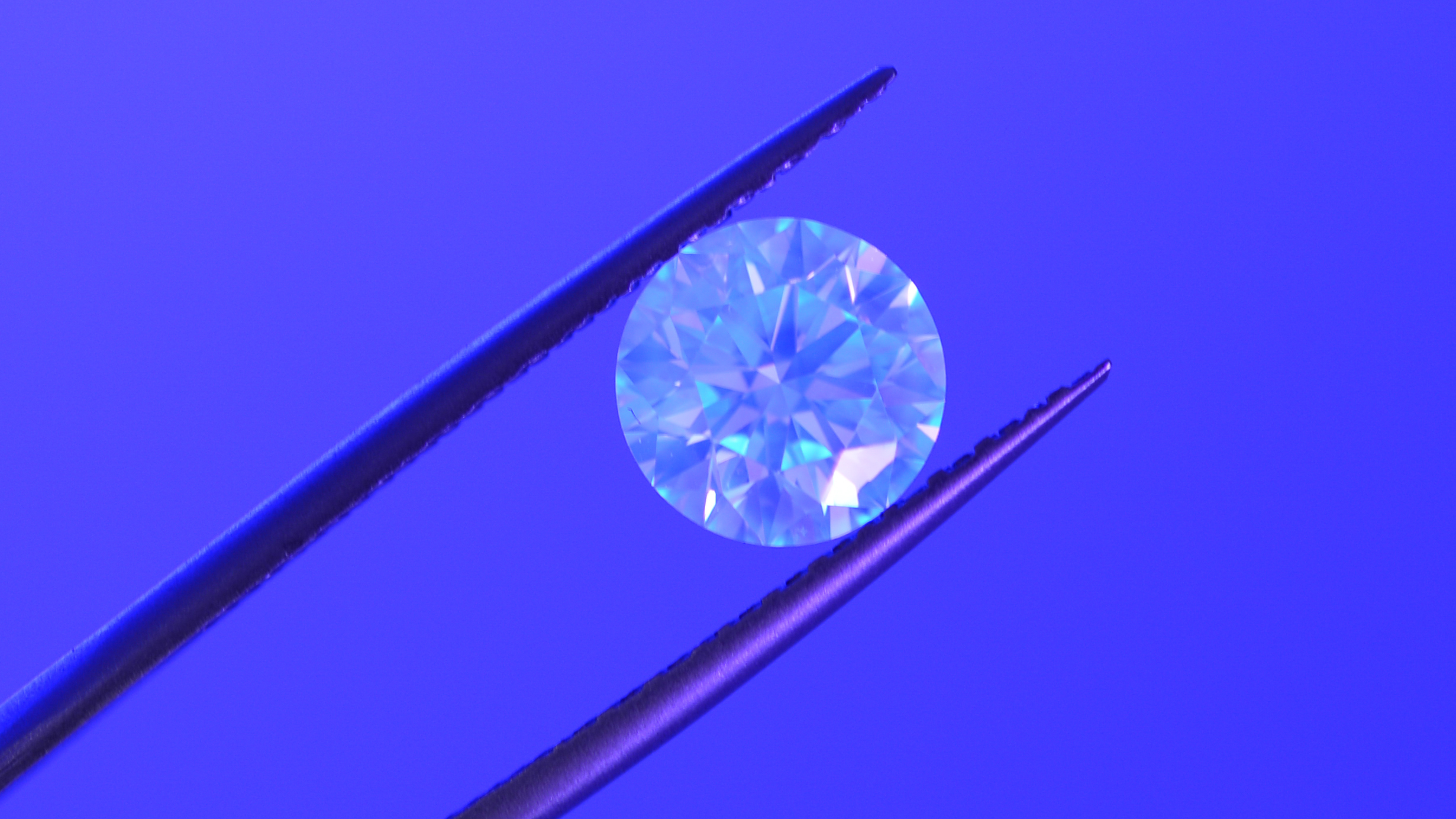 Fluorescence is caused by the presence of nitrogen as a trace element in your diamond.  Three nitrogen atoms in lattice position in the crystal structure will commonly cause blue fluorescence.

Sometimes, the blue is strong and sometimes the blue is faint.  In larger diamonds, fluorescence takes away from the value of the diamond, but in smaller diamonds it has virtually no effect on the price of the diamond.  In larger diamonds that have a little yellow color, sometimes the fact that a diamond is fluorescent helps the appearance of a diamond that otherwise would show more yellow.

Personally, I like the look of a fluorescent diamond.  Under high intensity sodium lighting, like at the ball park, your diamond may take on a subtle shade of blue.  If you are selling a larger diamond, most buyers will use a small Ultraviolet flashlight to determine if diamond is fluorescent or not.

GIA reports on their website that 25-35% of diamonds submitted to them for grading exhibit some degree of fluorescence. Of those, only 10% show strengths of fluorescence in the medium, strong, or very strong categories. The presence of nitrogen in the diamond crystal structure does not have any influence on the hardness or durability of a diamond.